Just as our team and the folks that we provide advice to started to become accustomed to Required Minimum Distributions starting at age 72, which became law in 2020, the SECURE Act 2.0 became law and we need to adjust again. This article will talk about a few of the provisions in the Act that will have the most impact on the most people and point out some other important financial changes for 2023.

The SECURE Act 2.0 is also known as “Securing a Strong Retirement Act of 2022”. In total, there are over 100 provisions in this Act and we’ll be learning more and more about this Act over the next several years as the provisions begin to take effect.

These changes regarding RMD age, however, have no impact on the age at which Qualified Charitable Distributions can take place, that is still 70.5.

Effective this year, 2023, a taxpayer may take a one time distribution from an IRA which is made directly by the trustee to a split-interest entity (Charitable Remainder Trust, Charitable Remainder Annuity Trust, or Charitable Gift Annuity) up to $50,000. There are some additional rules around this that may limit that benefits in addition to the $50,000 max.

Effective this year, 2023, tax payers that don’t meet their required minimum distribution requirements will receive a 25% penalty as opposed to the 50% penalty that was previous law. In addition to lowering the penalty from 50% to 25% the Act also allows further reduction, down to 10% if the error is fixed during the “correction window”. The correction window begins on the date the tax is imposed and ends at the earliest of:

Effective in 2024, unused funds in 529 plans will be allowed to rollover to a Roth IRA. Of course there are stipulations related to this… here are the big ones:

This is only the tip of the iceberg, but we wanted to highlight the biggest and most impactful changes to this year and next. Many details have yet to be flushed out, and we should know more regarding how the new rules will be interpreted and administered in the coming weeks, months, and years.

We feel it is important to be aware of the rapidly changing landscape, and how it may impact your retirement plan. Some changes may be irrelevant to you while other changes may require that you act to optimize your plans and minimize taxes. 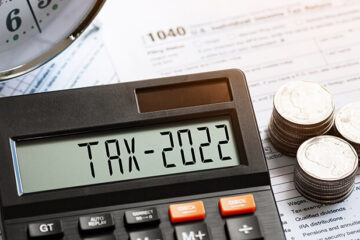