I’m writing this piece in early February of 2022. Inflation! I bet you’ve heard this word a lot recently. I’d put money on it that you have been feeling it’s affects at the grocery store and gas pump. It’s hard to bury the fact that prices of most consumer goods and services have risen dramatically in the past 12 months. Even if you have the resources to shake it off, it is shrinking your future purchasing power at a staggering rate.  The annual inflation has hit 40 year high. And it has most American’s uncomfortable and asking how do we fight it.

To get to the bottom of it we’ll have to answer a couple of questions first. What is inflation, and what causes it?

Inflation is the rising cost of goods and services over time. Some inflation may be an indicator of a healthy economy. When money is exchanging hands and driving growth of our economic engine we will experience inflation. However, inflation rising too quickly can spell trouble.

Inflation is caused when there is an increase supply of money chasing after too few goods and services. When this happens, it drives the price of everyday items higher and higher. Your $100 grocery bill at the beginning of 2021 now sets you back about $107. A 7% increase year over year. Filling your 20 gallon fuel tank a year ago may have cost about $47, but now will set you back $64.

Supply and demand play a significant role in the pace of inflation. When there is a low supply, and a high demand for something that will tend to drive the price for that item higher. If more folks have dollars in their pocket to purchase that item, and there are increases in the demand for the item, even if the supply doesn’t shrink it can still cause prices to increase. When you have both an increased money supply, and a shortage of a particular item, inflation could be noticeably greater than normal.

In response to the COVID-19 pandemic the United States government pumped trillions of dollars into the economy. Although it took a while to begin circulating, we are now feeling the effects of more dollars chasing after the same or fewer goods. In the 3rd quarter of 2021 real wages also began to increase putting more money in the hands of consumers. Soon after consumer spending increased and contributed to the rising cost of goods and services. Simultaneously we had a breakdown in the supply chain. Manufacturers plants were shut down or production temporarily hampered. The movement of products across the world was made it more difficult by labor shortages. The logistics breakdown at US ports, particularly on the west coast distribution centers like Long Beach, crippled the flow of products resulting in shortages and longer than normal delivery times.

Labor shortages also impacted service industries. With fewer workers the cost of services was increased to offset the expense of hiring laborers and services were often delayed. For example, if you become ill or injured recently and needed to visit the doctor’s office or emergency room you probably experienced extraordinary wait times. If you were hankering for your favorite dish at the local mom and pop owned restaurant you may have notice a few changes. Daily hours of operation may have been altered, or even specific days of the week eliminated from their schedule because they can’t hire enough workers.

When you combine the impact of increased money supply and fewer goods and services to go around you end up with dramatic increases in prices.

As of December 2021, the year over year consumer price index had increased by 7%. A closer look and you’ll notice inflation didn’t impact every consumer good or service equally. At that grocery expenditures we’re up 6.5% year over year. Energy costs on the other hand were up over 30% from a year prior. These are some of the highest inflation rates experienced in the past 40 years. We have to go back to the early 80s find anything resembling 2021’s inflation explosion. 7% year over year inflation seems extreme, and it would be if this was the trend going forward. However, it may appear more catastrophic than actuality.

It’s been said that inflation is an insidious tax. When more dollars are introduced into our economy chasing after goods and services it drives the price up. It’s not necessarily a tax in the sense that were used to. The IRA isn’t showing up at your door to confiscate more of your income.  However, it has a similar effect on your household economics. Inflation erodes the value of someone’s savings. It also seemingly rewards those who spend their money now rather than saving it for the future. This punishes savers, and rewards spenders.

Often times the effects of inflation impact low income households more severely than wealthy people. Those on a fixed budget also feel the pinch more than those who are still in the labor pool earning an income with the potential to experience a raise in wages.

The potential interest you could earn on interest-bearing deposit accounts like those at banks or credit unions is it enough to keep up with the cost of inflation. Most savings accounts at this moment pay less than one tenth of one percent interest to the depositor. Many pay nothing at all, and certificates of deposit aren’t much better.  As a result, the purchasing power of a dollar over the past 12 months has being drastically reduced.

Imagine that you had $10,000 sitting in a savings account earning 0% interest on January 1, of 2021. By December 31 of 2021 its purchasing power would have been reduced to the equivalent of about $9300. You’d be able to purchase $700 fewer goods and services than you would have been able to 12 months prior. That may seem extraordinary, but it isn’t historically unreasonable.

We’ve already hinted that the historic rate of inflation in the US has hovered somewhere around 3%. At an average 3% inflation your annual spending needs to increase just to maintain your current standard of living.

Imagine you draft a monthly budget as you plan for your transition into retirement. You determine that your current standard of living requires a monthly spendable income of $6,000. Within 10 years at an average 3% inflation rate your annual spending will need to increase to $8,063 per month. By year 20 of your retirement you would foreseeably need $10,836 of monthly spending just to maintain the same standard of living.

For folks to retire in the early 60s it is foreseeable that they will spend anywhere from 20 to 30 years in retirement, and failing to account for the rising cost of goods and services will almost certainly result in a diminished standard of living as they journey throughout retirement.

This is why we believe it is imperative that inflation adjusted spending plan be a foundational part of a well written retirement income strategy. It’s not good enough to know what your income need is today, and extrapolate that out over several decades. Taking such a simplistic approach would almost assuredly result in a false sense security and lead someone to misinterpret how long one’s retirement resources will last.

To muddy the waters a bit, different expenditures on your spending plan may have varying rates of inflation historically. While mini goods and services might have a historical inflation rate of 3%, some expenditures I might not be inflated at all. For example, insurance premiums on life insurance policies, or principal and interest payments on a mortgage. These items don’t typically tend to increase overtime. On the other hand, some expenditures like healthcare cost and Medicare premiums increase faster than the overall rate of inflation.

These are just a few examples demonstrating why we think it is important for everyone we work with to produce a spending plan. Using our planning program, we adjusted for inflation, taxes, and the rising cost of healthcare. Each year during the Review step of our “Building Your Strategic Plan” 5 Step Retirement Planning Process we ask the folks we serve to review and update their spending plan. From there we can work together to make necessary adjustments to their overall plan.

Make sure your written retirement income planning accounts for the rising cost of living. Work with your financial advisor to develop your own detailed spending plan, and then adjust each item for what you believe is the appropriate level of inflation. Assume that you will need to sustain yourself for several decades from the time you retire. Then and only then should you be comfortable with determining whether your retirement resources are sufficient for you to retire at your desired date. 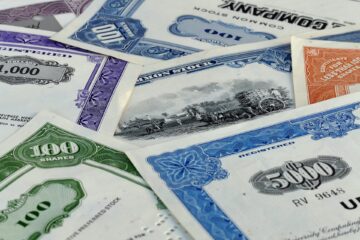 How Will Rising Interest Rates Affect my Retirement

Gabe Fransen | April 20, 2022 It is likely that you have heard about rising interest rates and inflation lately. Inflation has topped 8% year over year as of March 2022. We haven’t seen this Read more…